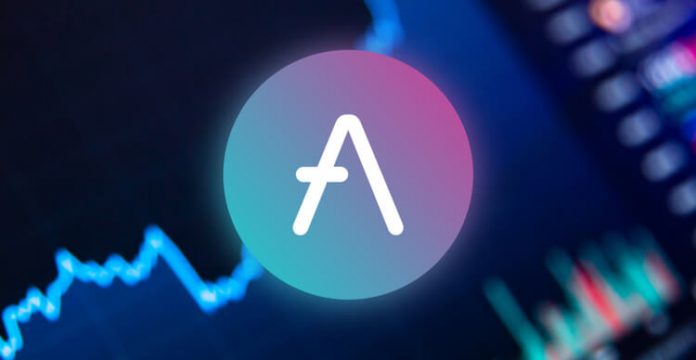 Aave is one of the leading projects in DeFi — can it ignite a bullish recovery for crypto in June?

Aave is one of several cryptocurrency projects that focuses on the increasingly popular concept of DeFi. This is a form of decentralised finance that is not reliant on financial intermediaries, and instead relies solely on smart contracts on blockchains. The popularity of this approach has been a boost for Ethereum, which is the most notable example of this price rise.

Aave began as ETHLend in 2017, and initially raised $16.2 million in an ICO. The aim of Aave is to provide a decentralised lending platform, which can provide access for people all over the world to a variety of products developed by its community. Indeed, there are several products associated with Aave, including EthLend, Aave Lending, Aave Pocket, Aave Custody, Aave Clearing, and Aave Gaming, underlying the multi-faceted nature of DeFi.

Aave is becoming an important and popular trading mechanism, so in this article we will assess the prospects of the project for June and the remainder of 2021.

Aave is valued at around $350 at the time of writing, which represents a massive increase over the last 12 months. Back in October of 2020, Aave was trading at around $50, and it has experienced a vastly increased trading volume during this period.

Nonetheless, Aave has been impacted by the recent selling pressure in the cryptocurrency space. The token had peaked at a value of nearly $600, and has since experienced a heavy correction. It has been a hugely successful 18 months for cryptocurrencies, but there are a few market issues currently that are impacting on the niche.

When these have settled down, coins such as Aave may begin to push up against resistance levels once more, and begin the climb back to a new potential high.

Aave has faced challenges recently in what has been a short-term bear market for cryptocurrencies. The comments of Tesla CEO Elon Musk regarding Bitcoin have had consequences for the niche as a whole, and Aave has unquestionably been impacted by this.

This has meant that the token has declined in value in recent weeks, although it is still trading up massively over the last 12 months as a whole. Market analysts are currently assessing whether the token has reached a point of resistance, with this expected to be encountered at somewhere around $300.

Aave has actually been one of the cryptocurrencies that has experienced a recent bounce back, after the coin declined massively in a challenging marketplace. At one point this recovery had taken the token back above the 100-Day Moving average at $404.00 and the 50 DMA at $429.60. But the price has fallen back a little since then.

Market analysts believe that the immediate period of trading for Aave could now be temporarily bearish. However, we can expect the token to find some support in due course, and then begin to increase in value once more. This is the generally held belief of most market observers.

One major positive for Aave is the activity in its network continues to increase. Aave really has been an overnight success story, rapidly climbing into the top 30 crypto tokens in the world, and actually performing better in the bear market than many of its established rivals. Aave is already the world’s second-biggest decentralised finance platform, with a total value locked (TVL) of over $10 billion, according to DeFi Pulse.

Macroeconomic factors will also have an impact on Aave going forward. Cryptocurrencies have performed well in what has been a challenging time for the planet economically, and given the uncertainty of the choppy waters ahead, this could continue into 2022. Certainly, it is far too early to suggest that we are going into an extended bear market for cryptocurrencies; it is far more likely that they will begin to recover in value as the seriousness of the economic situation unfolds.

Many analysts have suggested that the current price of Aave means that it is reaching a buying phase. In any market it is always advisable to buy the dips in an equity or commodity, and this seems to be a pattern that applies to Aave currently.

The performance of Aave has followed a similar path to many altcoins this year, especially those linked to decentralised finance. Having experienced an incredible 700% increase in value, it was perhaps not surprising that its price receded by 55% following these astronomical gains.

Trading has been volatile for Aave since then, with a strong recovery followed by a difficult period for the token. The question that all investors would like to have answered is whether this difficult period will continue, or if the Aave price has indeed reached the bottom.

Regardless of this, it does seem like an excellent time to purchase Aave, and that a recovery in its price is just around the corner. This may not occur in June, and there could even be further corrections, but many technical and market analysts suggest that the current price of Aave represents a buying opportunity.

Aave maintained its long term trend support during the May crash, unlike several cryptos, and has been trading well above this level since. Since the “bloodbath”, AAVE/USD has recorded a series of higher lows, and is now forming an ascending triangle pattern. This is considered bullish, and a breakout is due before June is up. If Aave breaks out upwards, a $500 short term target seems reasonable.

Nonetheless, most traders, investors, market observers, and technical analysts believe that it is just a matter of time before this hugely successful cryptocurrency project begins to gain in value once more. Once this does occur, it is probable that new highs will be achieved. Notwithstanding a total capitulation, $400 seems like a conservative estimate for the start of July, while a bullish breakout of the current pattern could possibly send prices over $500 again.