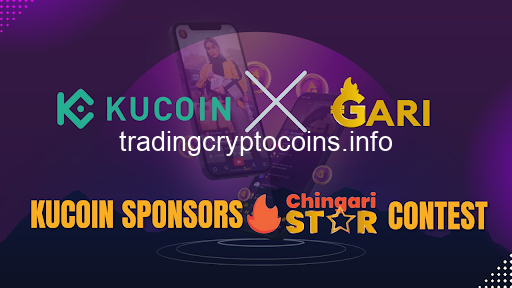 The Chingari Star Contest was launched on February 15, 2022. It will continue for one month and the biggest winners will go home with huge prizes.

The Star Contest seeks to identify talents from the remotest corners of the country and promote them. It is open to current and potential new users.

The partnership with KuCoin helps attract attention to the app and opens up the contest to a wider market base and audience.

Sumit Ghosh, CEO and co-founder of Chingari commented that his team hopes the contest will bring out the best in content creators and motivate them to share fresh, new content, adding:

Looking at the overwhelming response that we have received from the creators so far, it only made sense to commence the contest from 15th Feb. The extra time can be utilized by new users to build their profile on the Chingari app- and get a fair chance to win the contest against the creators that are already popular on the app.

Potential participants must register on the Chingari app, upload five videos, and apply. The winners will be announced in March and invited to Mumbai to celebrate the victory celebration.

The final winner will get 10 million rupees in the native token $GARI. The rest of the prize money will be distributed among participants.

KuCoin is an early investor and project accelerator

KuCoin took part in Chingari’s most recent funding round, which raised $35 million in January. They also listed the native $GARI token earlier this month, along with another six top centralized crypto exchanges.

As the accelerator and participant of the crypto industry, KuCoin is excited to join forces with Chingari to launch this contest, which will help more users become aware of, understand and get into the crypto world.