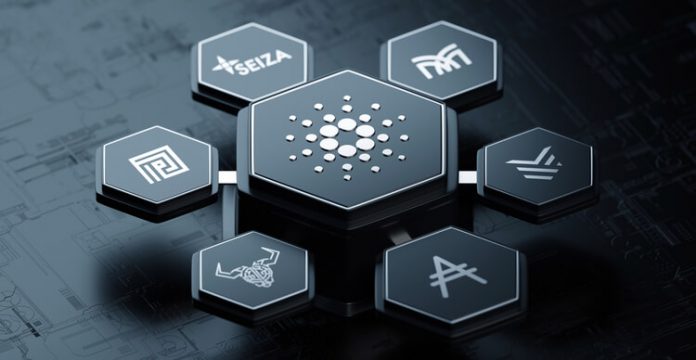 Cardano remains a fixture amongst the top cryptocurrencies, and could now be blazing its own trail to the top

The past six months have been extremely beneficial to Cardano (ADA). The project, which is currently believed to be one of Ethereum’s biggest rivals, has done a lot in terms of development and updating its network. The continuation of this development is likely, according to several analysts, to drive ADA price higher during June.

As a result, it saw a strong price surge that took it from $0.18 on December 31st 2020 all the way to an all-time high of $2.3 on May 16th, 2021. Before its surge in early January, the Cardano price spent a year at a stable level just below $0.1, occasionally reaching this resistance band but rarely crossing it apart from one brief period in August 2020.

The coin’s price started to awaken around mid-December 2020, and the first signs of real activity started in early January when the coin started to gather momentum. In early February, that growth suddenly sped up, and ADA price skyrocketed from $0.3 on January 30th to $1.30 on February 28th of this year. In other words, in only a month, ADA price increased by more than a factor of four. The upside slowed down for a while here, with $1.30 providing sturdy temporary resistance.

In mid-April, ADA attempted another surge, and this time it reached as high as $1.50 before being rejected to $1.08. This time, however, it took very little time to recuperate and gather its strength, bouncing back up immediately and growing non-stop from April 25th to May 16th until it hit a new all-time high (ATH) at $2.3091.

This was around the same time when the prices of Bitcoin, Ethereum, and other leading coins started to crash due to a sudden bearish market reversal that lasted for several weeks. Cardano, itself being a high-ranking coin, followed. In one week, it dropped back to $1.32, only to surge back up and encounter new resistance at $1.80. ADA couldn’t breach this resistance level, even after several attempts, but the price managed to recover sooner and faster after each rejection.

Cardano’s price surge was definitely encouraged by the industry-wide bull run, led initially by Bitcoin and later Ethereum. However, even without this rising tide, ADA had plenty of reasons for growth this year.

Cardano is a project that prefers to take things slowly, prioritising “getting it right” over “getting there first”. It did not rush its development for the sake of favourable price action, which meant that it remained inactive for longer periods of time, but the market responded quickly in situations like the first half of May 2021, when its price finally massively surged due to recent developments.

In other words, Cardano could very well be one of the best long-term investments in the crypto industry, at least according to the experts, and this could kick into a higher gear during June. The “Alonzo” hard fork has now begun, heralding the long-awaited arrival of smart contracts.

Thanks to these additions, Cardano is finally ready to start hosting dApps, DeFi projects, and much more, allowing it to truly rival Ethereum, whose Ethereum 2.0 is still a long way from deployment.

Experts’ opinions regarding Cardano price in June, however, tend to differ. TradingBeasts, for example, seems convinced that Cardano will reach $2.06 by the beginning of July, or possibly sooner. After that, it will apparently continue to grow until December of this year.

Twitter analyst @CardanoDan is bullish for June. A strong trendline appears to be supporting Cardano’s rally and it appears that this strong technical picture, as well as rapidly improving fundamentals, could help ADA lead a recovery for the cryptocurrency market in June.

Conclusion: ADA to $2 in June?

While almost all analysts seem to agree that Cardano will benefit enormously from price discovery over longer periods of time, there is also strong evidence that ADA could seriously appreciate in price throughout June.

If the current bullish trendline holds, then ADA is likely to hit $2 within a couple of weeks, and a continuation of this trend would likely bring a new ATH by the end of the month. For investors looking for signs of life in the crypto market, Cardano is potentially the best candidate for a June investment.