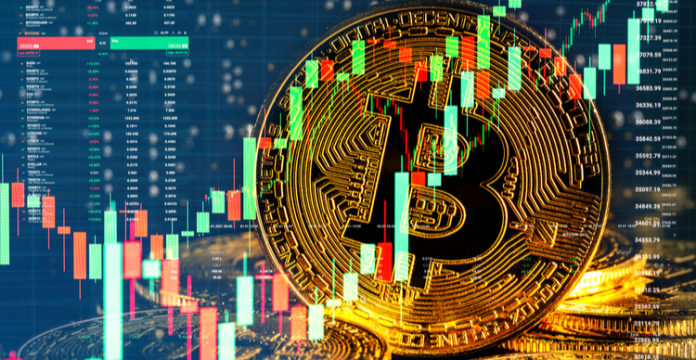 The cryptocurrency market cap touched the $2.7 trillion mark for the first time as Bitcoin and others rallied.

The past few weeks have seen the leading cryptocurrency rally against the US Dollar. It was in a bearish trend in the second and third quarters of the year. However, BTC has turned things around since the start of the fourth quarter. Earlier this week, BTC reached a new all-time high above $67,200. This is the first time Bitcoin is setting a new all-time high since April 2021. The price dropped by nearly 50% at some points earlier this year. However, with the latest rally, many expect Bitcoin to attempt to reach the $100k level before the end of the year.

The week of the Bitcoin futures ETFs

Bitcoin reached a new all-time high this week, and some of the biggest news regarding the cryptocurrency came from the United States. Over the weekend, the United States Securities and Exchange Commission (SEC) approved the ProShares Bitcoin futures exchange-traded fund (ETF). This is the first crypto ETF approved by the SEC, and it began trading on the New York Stock Exchange (NYSE) Arca earlier this week. Within the first two days on the stock exchange, the ProShares Bitcoin futures ETF surpassed $1 billion in trading volume.

Grayscale Investments, the world’s leading digital currency asset management firm, is seeking to convert its Grayscale Bitcoin Trust (GBTC) into a Bitcoin spot ETF. Unlike the first two above, the Grayscale Bitcoin ETF wants to track Bitcoin’s spot price and not its futures. The GBTC remains the largest, most transparent Bitcoin investment vehicle. The investment firm said it intends for the fund to become the first Bitcoin ETF approved by the United States securities regulatory agency.

The largest cryptocurrency exchange in the United States, Coinbase, penned some important partnerships this week. In a blog post earlier this week, the crypto exchange announced that Facebook had chosen it to serve as its custody partner for the upcoming Novi wallet pilot. The Facebook-backed Diem project is set to pilot its Novi wallet soon, and Coinbase Custody was given the job of keeping user funds secure using its proprietary, fully segregated cold storage capability for managing private keys. Facebook also tapped the Pax Dollar (USDP) to serve as the stablecoin for the digital wallet.

Earlier this week, Coinbase also signed a multi-year partnership to make it the National Basketball Association’s (NBA) exclusive cryptocurrency platform partner. The deal also includes a partnership with the Women’s National Basketball Association (WNBA), NBA 2K League, NBA G League and USA Basketball. This is the first time a cryptocurrency exchange is partnering with all the major basketball competitions in the United States. With some players now opting to receive their salaries in cryptocurrencies, Coinbase hopes to become the crypto exchange most of the athletes would go to for anything cryptocurrency-related.

It is another week where traditional financial institutions have entered the cryptocurrency space. Pimco, a $2 trillion investment firm, revealed earlier this week that it could potentially begin trading spot cryptocurrencies. According to the firm’s chief investment officer Daniel Ivascyn, entering the cryptocurrency is important as it intends to provide services to the younger generation of investors. Most young people are looking to invest in cryptocurrencies and other digital assets over the traditional financial markets like stocks and bonds. As such, Pimco wants to be ready for the next class of investors.

Interactive Brokers finally launched its cryptocurrency trading services this week. The firm has been planning for months, and it now allows its users to trade a wide range of coins, including Bitcoin (BTC), Ethereum (ETH), Litecoin (LTC) and Bitcoin Cash (BCH).

French-based Société Générale is looking for a way into the cryptocurrency space and is shopping for a crypto custodian to acquire. Sources close to the matter revealed earlier this week that SocGen wants to follow the footsteps of BBVA, BNY Mellon, and Standard Chartered in shopping for a cryptocurrency custodian. The bank is said to be interested in Swiss firms, in particular, Metaco and Taurus.

FTX, one of the leading crypto exchanges in the world, reached a $25 billion valuation this week after raising $420 million in a latest investment round. The exchange wants to use the funds to acquire two or three startups in a bid to expand its services in the cryptocurrency space. The recent investment round was led by the likes of Tiger Global, Ribbit Capital and BlackRock.