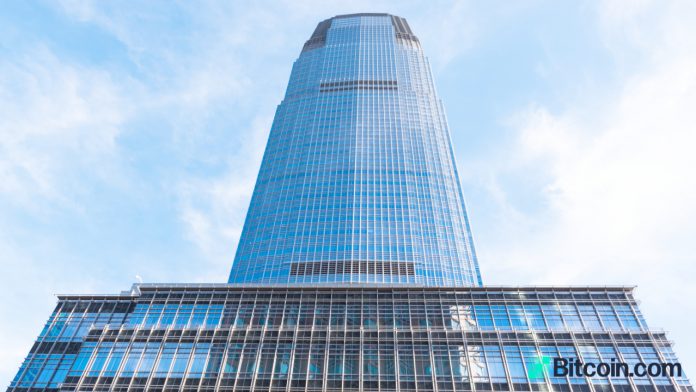 Global investment bank Goldman Sachs is questioning whether bitcoin can be a long-term store of value and digital gold. The firm’s analysts cited various issues with the cryptocurrency, such as environmental problems, “lack of real use,” and competition from other cryptocurrencies.

Goldman Sachs published a note outlining some problems with bitcoin as digital gold on Wednesday. The firm’s analysts, led by its top commodities strategist Jeffrey Currie, have voiced concerns about whether the cryptocurrency could become a long-term store of value.

The analysts explained: “While bitcoin benefits from greater liquidity, it suffers from lack of real use and weak environmental, social, governance ESG scoring, due to its high energy consumption.” They also cited competition from other cryptocurrencies as a factor stopping bitcoin from becoming digital gold, elaborating:

Goldman Sachs explained that “Real use is important because it smooths the volatility of the price, as real demand adjusts to absorb swings in investment demand. It also means that the asset is unlikely to go to zero.”

The analysts asserted that bitcoin’s lack of real uses and its environmental problems make it “vulnerable to losing store-of-value demand to another, better-designed cryptocurrency.” They further claim: “Bitcoin gave ground to other cryptocurrencies such as ether and altcoins. This, in our view, underscores the fact that competition among cryptocurrencies for the status of dominant long-term store of value is still on and adds additional source of risk to holding bitcoin.”

As for bitcoin’s environmental impact, the analysts wrote that there are concerns about the cryptocurrency’s electricity consumption used in the mining process, citing research from Cambridge University showing that it uses more energy each year than Argentina. However, many argue that bitcoin mining increasingly uses renewable energy.

A growing number of people, however, believe that bitcoin is a great store of value that can be used as a hedge against inflation, including the pro-bitcoin U.S. Senator Cynthia Lummis. Some even say bitcoin will replace gold as the store of value of choice. However, the Goldman Sachs analysts say, “we think it is too early for bitcoin to compete with gold for safe-haven demand and the two can coexist.”

Meanwhile, Goldman Sachs has brought back its bitcoin trading desk and is planning to launch a “full spectrum” of crypto investment products. In March, the firm reported seeing huge institutional demand for BTC. CEO David Solomon said early this month that he expects a “big evolution” coming to cryptocurrency regulation.

What do you think about Goldman Sachs’ comments on bitcoin? Let us know in the comments section below.