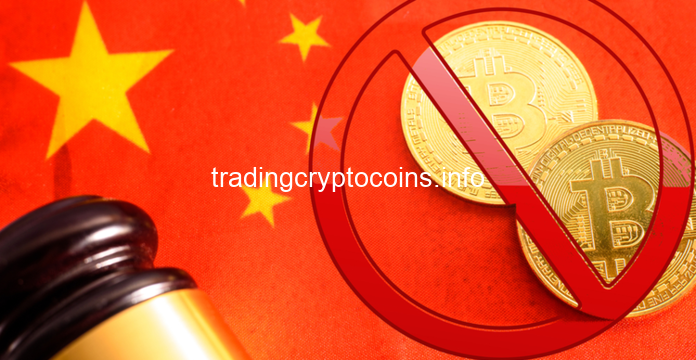 China is cracking down hard on cryptocurrencies, and this is making it tough for crypto-related companies to operate in the country.

More than 18 crypto companies have exited the Chinese market

The People’s Bank of China (PBoC) issued a ban on cryptocurrency services and transactions last month. This resulted in several companies shutting down their operations and exiting the Asian country. Leading crypto exchange Huobi announced last week that it is closing Chinese accounts on its platform. New users in China can also not open accounts with the cryptocurrency exchange as it complies with China’s latest laws.

Bitmain, the world’s leading cryptocurrency mining manufacturer, also announced that it is stopping its operations in Southern China and halting sales in the country. The mining machine manufacturer is moving its operations outside China in the coming weeks. Sparkpool, the second-largest Ethereum mining pool in the world, stated earlier this week that it would be shutting down its operations in the Asian country and abroad. The move is to protect its users’ assets due to the regulatory crackdown in China.

Alibaba, one of the world’s leading e-commerce platforms, announced this week that it would ban the sales of crypto mining equipment on its platforms starting October. The e-commerce giant said it is making the changes due to the tough regulations rolled out against crypto services and transactions in China. Another report showed that more than 18 companies have already announced their exit from China. Cryptocurrency exchanges BitMart and Biki said they would no longer be providing services to traders and investors in China.

Europe has officially become the leading continent in the cryptocurrency space in terms of market cap. A new report by Chainalysis revealed that the European cryptocurrency economy is worth over $1 trillion. With the total crypto market cap now around $2 trillion, Europe accounts for more than half of that. The report said the decline in cryptocurrency activities in China and Eastern Europe in recent years due to sanctions has allowed Europe to take over the top spot. Numerous cryptocurrency millionaires and billionaires have left Asia and moved to Europe due to the more favourable cryptocurrency regulations. Furthermore, Europe should thank the entry of institutional investors and the boom in decentralised finance (DeFi) for the massive growth of its cryptocurrency market.

Kraken Security Labs published a report earlier this week citing numerous security flaws with some Bitcoin ATMs in the United States. According to the security team at Kraken, the Bitcoin ATMs issued by General Bytes were found to have some flaws, such as configuration with the same default admin QR code. The team also said they discovered other vulnerabilities in the ATM’s management system. Hence, users are advised to be careful when using the Bitcoin ATMs as their transactions could easily be affected. General Bytes is currently the second-largest manufacturer of Bitcoin ATMs in the world.

Bitfinex, one of the leading cryptocurrency exchanges in the world, experienced an outage again this week. This comes after it experienced a similar platform outage in July. The outage lasted for nearly 3 hours, with Bitfinex halting operations during that period. The Bitfinex technical team investigated the issue with the platform during the outage and fixed it within a few hours. However, Bitfinex’s outage didn’t affect the broader cryptocurrency market as Bitcoin’s price remained above $43,000 at the time of the event.

Coinbase wants to make it easier for users in the United States to buy cryptocurrencies. This week, the crypto exchange said it would launch a new service that allows its US customers to receive their paycheck directly into their Coinbase wallets. The feature is designed to enable users to make regular cryptocurrency trades and also enjoy other services like spending their cryptocurrencies using the Coinbase card. Coinbase is also partnering with more companies to add its accounts to their payrolls, thus making it easier for employees to choose Coinbase as their preferred payment destination.

Dapper Labs is one of the leading non-fungible token (NFT) developers in the world. After gaining success with the NBA Top Shot marketplace, Dapper Labs wants to replicate something similar with the National Football League (NFL) According to Sports Business Journal, Dapper Labs has partnered with the NFL and the NFL Players Association (NFLPA) to create an NFT marketplace. The deal will allow Dapper Labs to develop a marketplace for the NFL and create NFTs and other digital collectibles that will be available to the fans. The development comes just days after Dapper Labs raised $250 million from its investors and also partnered with the Spanish LaLiga on a similar deal.